We Need A Purpose 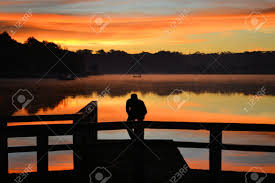 We Need to Have a Purpose

I just finished reading a newly published book, and I want to write about it because it had a powerful impact on me and its theme ties in appropriately with my previous blog articles, Transitions – Why are Life’s Changes so Difficult? and Time, Energy, and Creativity.

Solving for Why, A Surgeon’s Journey to Discover the Transformative Power of Purpose, by Dr. Mark G. Shrime, MD, PhD, is the autobiographical story about Mark Shrime’s long and difficult search for his special purpose in life.  He writes with honesty, humility, self-deprecation, humor, and well sourced facts.  (My usual disclaimer:  I neither know the author nor do I have any interest in the sales of this book.)

Mark Shrime’s father, born in Lebanon, moved to the United States to escape a dangerous political environment, religious persecution, and to continue his education.  On a trip back to Lebanon, he met a woman who would become his wife and Mark Shrime’s mother.  After surviving a terrifying incident at a militia check point, Mark’s father decided to move the family to the United States permanently.

This Lebanese family settled in Texas where the parents managed the uneasy balance for their immigrant children including homeschooled Arabic and French lessons with a strong push to assimilate with their fellow Texans while speaking perfect English.

Mark Shrime’s parents told him that he had three choices:

Imagine that kind of pressure!  Mark Shrime chose option 1:  be a doctor.  But, as he describes in his book, he NEVER wanted to be a doctor.  He admits he was a mediocre student who wanted—more than anything—to play guitar in a rock and roll band.  Guitarist wasn’t on the list unfortunately.  He went on to think he might like to be a philosopher.  Later, he wanted to be a missionary.  After he dismissed the previous vocations, he was certain that linguistics would be his ticket to success.  Finally, knowing his position as firstborn son of an immigrant family, he chose doctor.  He couldn’t let his family down.

Mark Shrime would become a doctor for respect, good pay, enjoying a lifestyle that a physician’s salary could provide, and—most importantly—please his family.

Medical school was a long and tortuous experience for Mark Shrime.  He battled his conflicting motivations:  1) graduate and get on with this respectable career, 2) find an escape.  He admits to dabbling in self-sabotage.  He actually looked for ways to get kicked out of med school!  And, when that didn’t work, he took yearlong breaks to travel.  He went all over the world, always looking, searching, contemplating.  Why was he battling himself so fiercely? 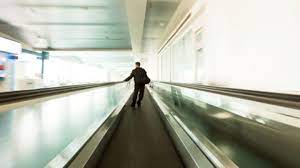 He formed a notion that people get on a moving sidewalk and cannot get off.  They move along, saying to themselves:  this is fine, my job isn’t that bad, it pays well, I’m supporting my family…so why are they so unhappy?  Mark Shrime believes people on moving sidewalks are unhappy because they haven’t found their purpose.  What do they love?  What makes them feel alive?  How can they best use their talents and get paid?

The author includes this quote in his book:   “Security is mostly a superstition.  It does not exist in nature, nor do the children of men as a whole experience it.  Avoiding danger is no safer in the long run than outright exposure.  Life is either a daring adventure, or nothing.”  Helen Keller

Mark Shrime concluded that life isn’t about figuring out which boredom is the least boring and accepting it. That’s not a fulfilling way to live.  He was more determined to find his special, passionate, purpose.  What could he do with his unique abilities? 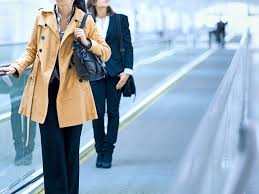 As he progressed further along in medical school, it became harder to quit.  After his many years completed and money spent, how could he jump off now?  He stayed.

Mark Shrine read a 2017 Gallup poll which reported that 85% of respondents reported disliking their jobs.  Only 15% found a sense of purpose, passion, or deep connection with work.  He realized that work itself isn’t the problem—everybody needs to work to earn a living—it was that most people don’t LIKE the kind of work they are doing!

The author continues by sharing numerous experiences around the world, the people he met, the failures he suffered through, and how an act of serendipity turned him in the direction of his true purpose.  It showed up in front of him, and he recognized it immediately.  (I won’t reveal what he ultimately discovered as his purpose in case you want to read his book.)

Mark Shrime writes, “Epiphany is rarely grand.  It’s more often so quiet that we risk missing it.  If we aren’t ready for it, if we don’t listen for it, we too easily get distracted by the drudgery of the moving sidewalk.”

The author warns about doubt when seeking purpose.  We naturally and often doubt ourselves.  Our friends and family might tell us we’re crazy for leaving our secure sidewalk to take tremendous risk in the HOPE of finding our purpose.  What others say exacerbates our own self-doubt.  We can become paralyzed with doubt and fear of failure.

Mark Shrime writes about how he pushed through the fears and the cacophony of critical voices that tried to derail his pursuit of purpose. 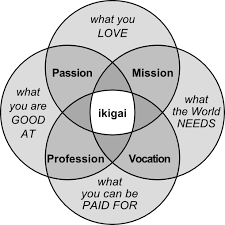 His book includes a description of the Japanese concept called ikigai.  It is a number of circles which overlap each other with a middle section that is a part of all the circles.  His example has four circles.  Each circle has a name.  What am I good at?  What does the world need?  What do I love?  What can I be paid for?  He purports that a life which doesn’t incorporate all four of these circles leads to stagnation.  For twenty years, he tried to be happy with 3 out of the 4 circles.  It took all those years to finally find the 4th one and complete his understanding of his unique purpose.

Mark Shrime doesn’t want us to simply endure life until retirement and death happens.  He encourages us to passionately listen to that quiet voice inside ourselves that is begging to help us find our special purpose.

I have a sense that many people contemplated the search for a purpose during the recent COVID “great resignation.”

Have you found your special purpose? 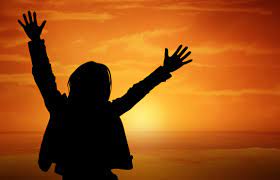