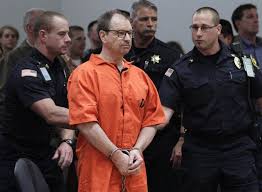 November 30, 2021, marked the twenty-year anniversary of Gary Ridgway’s capture.  The killer has been living in the Walla Walla (Washington) State Penitentiary for two decades now except for a brief transfer to the USP Florence High Federal Prison in Colorado.   (More details about the brief, controversial transfer can be found in She Married the Green River Serial Killer – The Story of an Unsuspecting Wife.)

Gary Ridgway, a Washington State home-grown citizen, was born and raised in the Puget Sound area in what most people would consider an average, normal, American family—a father and mother—who both worked at blue collar jobs, owned a modest home, celebrated holidays together, and went on camping trips with Gary and his two brothers. 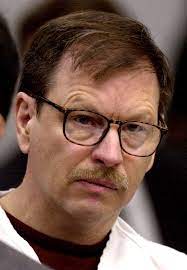 While Gary Ridgway may lack the charisma and good looks of a serial killer such as Ted Bundy, his personality and unwavering commitment to killing is fascinating and worthy of scrutiny.

Washington’s Puget Sound community was terrorized for two decades by a mystery killer who killed young women and girls who were runaways and sex workers.  In the early phase of his killing career, Gary dumped bodies in and along the Green River, therefore, the name, “Green River Killer” evolved and permanently adhered to the killer, both before and after capture.

One might wonder, how in the world could a man murder and transport bodies to a river whose banks were commonly peppered with fishermen, hikers, swimmers, and families enjoying a picnic on sunny days without being seen—ever—over a period of twenty years?  What are the odds?

One might also wonder, how could the killer return to bodies he had previously placed and engage in the act of necrophilia (engaging in sex acts, including intercourse, with a dead body) without being seen?  (This act is not unique to Gary Ridgway’s behavior.  Many convicted serial killers engaged in necrophilia including Ted Bundy, Jeffrey Dahmer, and Edmund Kemper.)

One might further wonder how this killer could consistently kill, transport bodies, return to bodies to engage in sex acts, and not be caught by law enforcement?  The challenge grew for law enforcement as Gary began to expand the geographic area for body dumps away from the Green River out to more remote areas in the Cascade Mountain range.  However, Ridgway would sometimes return to busy areas near his home and throw a body over a roadside steep edge. 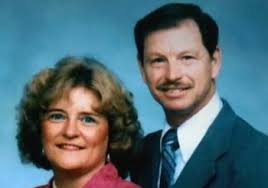 The Green River Task Force was created in August of 1982.  The idea was to funnel funds and staff toward a laser focused commitment to apprehending the killer, thereby easing the rising fear felt by people in the community.

At that time, I was a young woman just out of high school.  I carried the awareness of a serial killer walking about my community of Auburn, Washington, like a button on my blouse.  It was always there.  Would he walk the same isles of stores I frequented?  Would I glance over at a car next to me at a stop light and see the killer without knowing it?  Two decades later, I would learn that the killer lived in a lovely home with a perfect yard in my community.

The years ticked by without a capture.  The body count went up, up, up.  Frustration percolated in the task force.  Anger boiled over in the public.  A public perception had developed:  the police weren’t trying hard enough because the victims were prostitutes and, therefore, less valued.

I saw newspaper articles and local television news reporting on the unproductive search for the killer frequently.  The killer was heading toward legend status.  I recall people discussing a variety of theories regarding who the killer could be.  Some said he was a long-haul trucker who passed through and did some killing of prostitutes after he had sex with them.  Some said he had to be a police impersonator—that’s how he avoided capture.  Some said he had a genius IQ, outsmarting law enforcement every step of the way.  Some were certain he was a taxi driver who must have driven the Highway 99 aka The Strip where victims functioned as sex workers.  Others believed the killer was a career criminal, probably in and out of jail.

In 1984 Gary Ridgway was added to the lengthy suspect list because he was known to seek prostitution services along Highway 99.  He was interviewed and passed a polygraph test.

In 1987 the killer was again interviewed.  A piece of gauze was swiped through his mouth, obtaining a saliva sample.  The sample was labeled and put into storage.

Gary Ridgway continued killing for the next decade and beyond.

In 2001, exasperated task force officials, in a last-ditch effort, went back through suspects and evidence, hoping to get lucky.  By 2001, forensic technology had significantly progressed.  A DNA match was identified linking Gary Ridgway to three of his victims.

On November 30, 2001, after a two-decade psychologically exhausting term for law enforcement and the public, The Green River Serial Killer was arrested.  I recall standing in front of our television, stunned.  I watched as a reporter gave a live report, standing in front of the Ridgway home.  Dave Reichert glowed as he announced the arrest from some official looking place, and he explained how the DNA sample cracked the case.  I felt the collective relief as we all learned we could relax.  The killer had been arrested.

By this time, I was married and had two children.  I carried that button all through the years, always wondering who the killer was and if he would ever be caught.

In the subsequent weeks and years, I learned that Gary Ridgway was able to avoid capture by being completely normal.  He worked at Kenworth as a truck painter.  He was a long-time employee who earned perfect attendance awards year after year.  He was married and had a son.  His neighbors saw him take out the trash, wash his vehicles, fire up the barbeque with a beer in one hand.  He was a quiet, soft-spoken man.  He did normal things.  He didn’t tell anyone about his other life.  He folded his serial killer life into his normal citizen life like a wallet in the back pocket of his jeans.  It was always there, and he could reach for it whenever he felt the urge.